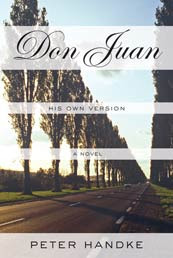 The February publication of Krishna Winston's translation of Peter Handke's 2004 novel "Don Juan," like every publication of one of Handke's books, is an important literary event. And such events are marked by important reviews, including the one titled "Man of Constant Sorrow," written by Joel Agee for the New York Times Sunday Book Review (February 12, 2010).
Agee focuses interestingly on Don Juan's obsession with time, with being a master of his own time, and he finally accuses the novel (and perhaps, indirectly, the author) of a lack of virility.
Fair enough, especially insofar as he makes his claims a matter of personal taste: "It is not realism I miss but a more fully realized fiction."
But when Agee (himself a translator) takes on the translator of Handke's novel, he does so without specific reference, which makes his claim hard to judge:
Krishna Winston’s translation faithfully conveys what is said, but she tends to simplify and generalize how it is said. This is not a trivial subtraction. Like God and the Devil, Don Juan is in the details.
I too am a translator of one of Peter Handke's works, and I would have been troubled had reviewers of my translation accused me of simplifying and generalizing Handke's language. His work is language, it is about language, every word and phrase and rhythm part of what he has described as "a slow, inquiring narration; every paragraph dealing with and narrating a problem, of representation, of form, of grammar -- of aesthetic veracity" (from the preface of the American edition of "A Journey to the Rivers").
Is Agee correct, I wonder? Since he gives no details, and the devil of his claim is certainly in the details, I decide to take a look myself.
In Winston's translation, as in the original, the novel commences with several short sentences:
"Don Juan had always been looking for some one to listen to him. Then one fine day he found me. He told me his story, but in the third person rather than in the first. At least that is how I recall it now."
(The original: "Don Juan war schon immer auf der Suche nach einem Zuhörer gewesen. In mir hat er den eines schönen Tages gefunden. Seine Geschichte erzählte er mir nicht in der Ich-Form, sondern in der dritten Person. So kommt sie mir jetzt jedenfalls in den Sinn.")
There are ways Winston might have created a less seamless account. The second sentence, for instance, might have been rendered with a more complicated syntax to match the slightly awkward German: "That listener, one fine day, he found in me." And the final sentence might have read something like "At least that's how the story comes back to me now."
Might have read. I read Winston's sentences and figure, finally, that they're at least as good as my attempts. And there is a nice awkwardness introduced by the placement of "but in the third person rather than in the first."
The story continues:
"At the time in question, I was cooking only for myself, for the time being, in my country inn near the ruins of Port-Royal-des-Champs, which in the seventeenth century was France’s most famous cloister, as well as its most infamous."
In German the long sentence ends with the information that the narrator is cooking only for himself, a stronger ending for the withheld detail. What if the English sentence too had set up this tension: "At the time, I was cooking in my country inn near the ruins of Port-Royal-des-Champs, in the seventeenth century the most famous and also infamous French cloister, temporarily for myself alone."
Is that better than her sentence? Or worse? Better and worse? Probably worse for being better? The awkwardness of the final phrase isn't matched in the German and becomes problematic.
And here a reader/translator is brought up against reality. Although this novel is relatively short, Winston has, in sequence, translated Handke's massive "My Year in the No-Man's Bay," "On a Dark Night I Left My Silent House," and "Crossing the Sierra de Gredos." Weighing every word and every sentence that comprise the 1500 pages of these difficult works, she has brought into English some of the most important prose written in the last two decades. Unless she's superhuman she's made some mistakes, has made some unfortunate choices. But for the most part, as far as I can tell, not having the patience to compare every sentence of the original with every sentence of the translation, these are good and welcome translations.
Joel Agee, if he wants to take exception, and with his good ear for good language he might well want to take exception, ought to have the grace to do so with specific examples.
Posted by Scott Abbott at 11:48 AM 2 comments: 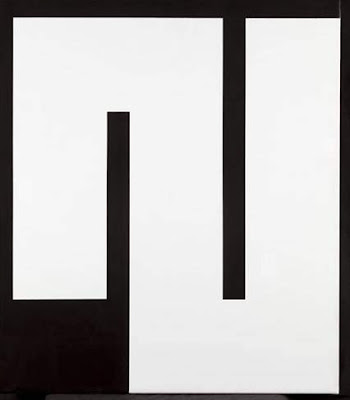 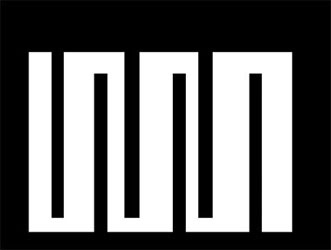 3:23 a.m. For sleepless hours the title line from Richard Thompson's "From Galway to Graceland" has been flickering in my mind, catching like a torn toenail on the loose fabric of family worries and job worries and restless turning and a recurring need to pee. I pull out Zarko's description of his trip from Germany through Zagreb to Pristina on the occasion of Slobodan Milosevic's catastrophic speech at the field of blackbirds, Kosovo polje, read his careful cadences, follow his restless mind, enter his world just as he finds an old friend:

. . . we walked listlessly down Amruš street, whose meandering course took us unfailingly to the house number thirteen.

At Julije Knifer’s, the atmosphere was “cozy.” The dog gnawed at one of my shoes. Nada was coating eggplants with bread crumbs. Ana was unaffected and sweet. Knifer, as always in similar situations, held his joined hands at the nape of his neck. Those were moments of pure feeling, of clear looks and inner peace. Even the voice of Slobodan Miloševic on television was slightly more restrained.

Zarko once took me to visit Knifer in his apartment in Paris. Paintings of meanders everywhere. And in the night I ease my mind into slow meanders, let the ticking clock move me along the currents of black paint on white, of simple form. 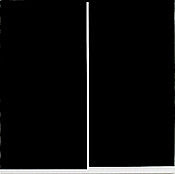 In spending the morning folding shirts, rolling up socks, cutting my nails, bathing and showering, sipping tea from time to time on the balcony, I succeeded for the first time in conceiving of such activity as a possible way of life (for a while)

Must admit that reading Handke’s is interfering with my getting back to blogging. It feels now that the blog should be something like this, but on the other hand, what an impossible act of solipsism that would be.

My friend Michael Roloff pointed out this blog, being written by a professor of literature in London. He has discovered, or is rediscovering, Peter Handke's aphoristic works, including "The Weight of the World." The first quote above is from Handke, the second from the blogger.

The blogger relates such passages to Joyce's epiphanies, which makes good sense to me.

And finally, the whole set of thoughts leads to questions about a writer's notebook and his or her writing. Teaching a class called WANDERLUST, thinking about travelers who write, I find my mind swinging back and forth between notebook and text, between note and sentence, between observation and explanation.

[HERE a link to the blog]

Posted by Scott Abbott at 9:00 AM No comments: