In the mid-1980's I worked for a semester at the University of Tubingen in southwest Germany. While there I met a writer from Yugoslavia, living in Germanybecause his wife, a theoretical physicist, had a position at the University.
Over the years we have exchanged visits, have traveled together, and most important for me, have written together. Like no one I have ever met (with the sole exception of Alex Caldiero), Zarko is alive with ideas.
He knows jazz and writes about it.
He knows contemporary painting, and has, for instance, a book about his friend Julije Knifer. It's no biography in the sense we're used to, but an exploration of ideas that come bubbling up in Knifer's presence. With Zarko, I visited Knifer in his Paris apartment and came away with my head spinning. He paints only one thing: what he calls meanders. Black on white or white on black. Like the one at the bottom.

Zarko is a master of travel narrative. Together we once followed Filip Kobal, a character in Peter Handke's novel Repetition, from Austria into Slovenia, and later published our joint accounts as Ponavljanje (Repetitions).

He's a prolific translator, with more than a dozen translations of Peter Handke's work into Serbo-Croatian.

He's a former performance artist, I just learned this week. Belgrade about 1973.

He's a photographer (the photo at the top of this blog, of the goalie on a rural Austrian soccer field, is his).

He's a fine novelist, with six or seven works to his credit.

To my mind, each of these activities informs each of the others. He's a good novelist because he's a translator and jazz critic. He's a thoughtful travel writer because he knows art. Even when he's focused on one activity, interdisciplinary work is the result.

When Zarko last visited me in Utah, he gave an autobiographical lecture, part of which I'll include here:


Approximately fifteen years ago I left my country. Back then, in 1978, it called itself the Socialist Federal Republic of Yugoslavia. . . . I didn’t have the least suspicion that in fifteen years, that is, now, my country would no longer exist. . . .
My ancestors were Serbian refuges. After the defeat on the Kosovo Polje, the Field of Blackbirds, they served as guards on the southern borders in the Dalmatian, Croatian, and what was then Austro-Hungarian hinterland. From there they moved as nomads to the fertile and sparsely inhabited plains of , to Vojvodina – between and . Several centuries later I was born there. I grew up in . And since the late seventies I have lived in .
Haven’t I always had something of the nomadic spirit of my ancestors in me? Haven’t I shunned every uniformity and every emphasis on a center? To be Serbian and not simultaneously some second or third thing on this always complex (unintelligible) Balkan peninsula – that seems to me today an impossible thought. . . .
Now the country has split into warring ethnic groups, of free movement in there remain nothing but memories.
The war turned out badly for everyone involved; but even though political events may have made him "Serbian," he is very much still a second and third and fourth "thing." 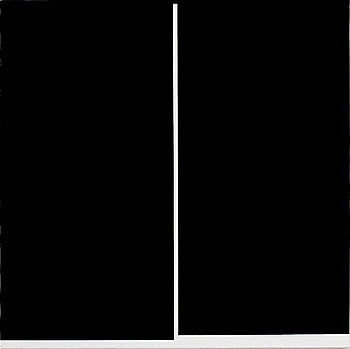 Recently, a friend of Zarko's, Nina Pops (http://ninapops.blogspot.com/) has been painting Zarko's work, painting his life. Like Knifer's meanders, her complex, compartmentalized, connected and intricately related warrens or paths or lifelines represent the six decades of Zarko's rich life.

I can't wait to see painting number 7 in this series.

Machin-ery: Thoughts on Form and Content in the Digital World

Dada Typo is an umbrella in the rain of a digital renaissance. This is what poets say: it translates itself into innumerable languages and a self-fulfilling prophecy of your own desires. Dada Typo is a means to the end of imagination. Never content with simple mastery of a minor arsenal of technological gizmos, we reinvent ourselves with every step of progress and carry rearview mirrors to maintain a sense of lineage with history. We are not authoritative but speak with authority; we can help you do the same. The breadth of the world increases daily despite the constant ratio of pi and the rigid logic of modus ponens. It takes a world-wise and street savvy practitioner of communicative mysteries to maintain the delicate balance between the determined voice of the speaker and the doubtless wit of the audience, never captive but restless and demanding. Dada Typo is the archetypical circus seal juggling semiotic beach balls: entertaining at the very least, but also demonstrating incredible levels of competent complexity. We are multi-dimensional and can't agree upon the definition of dimensions. We can be linear without forgetting how to run in circles. Efficient without wishing to spare the effervescence of the sheer luxury of life. We quite like red roses. We like black roses also. In the end, a long conversation with us will leave you sleeping a little bit less, happily, caught up in the contempl 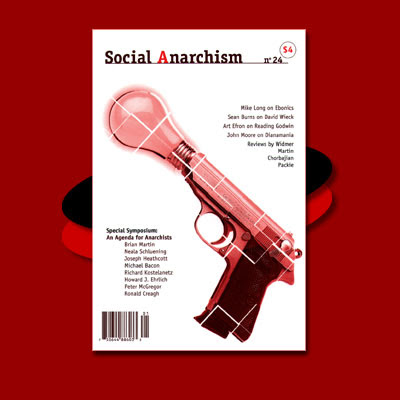 ation of words you never thought existed, but have always understood.

These images and text are from a design company based in Baltimore. I ran across them looking at the Situationist website

for Alex's and my class "Language: Most Dangerous of Possessions." Travis suggested that after reading McLuhan's "The Medium is the Massage" we might read Guy Debord's "The Society of the Spectacle," a 1960's radical text about an age "which prefers the sign to the thing signified, the copy to the original." The website was designed by

and felt like one good resolution of the tension set up by the machine as it deals with and determines content.

As an example of a productive and human interdisciplinary response to problems of design, it may be as good as it gets.
Posted by Scott Abbott at 12:46 PM 2 comments: